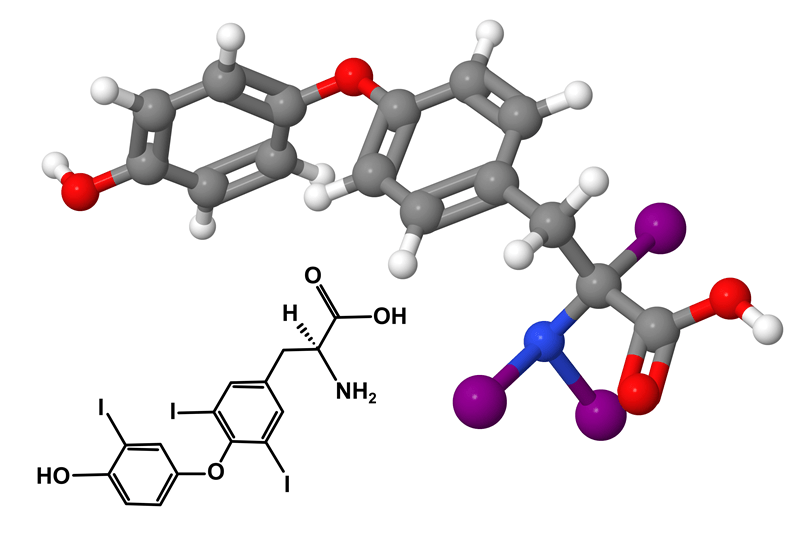 A recent study showed a low-carbohydrate, whole foods diet low in inflammatory foods significantly decreases thyroid antibodies — the marker for autoimmune thyroid disease, or Hashimoto’s. Hashimoto’s occurs when the immune system attacks and destroys the thyroid gland; it is the cause of about 90 percent of hypothyroid cases. This study is further evidence you can profoundly influence autoimmune Hashimoto’s through diet and lifestyle interventions.

In the three-week study, almost 200 people with Hashimoto’s were divided into two groups. One group followed the low-carbohydrate study diet while the other followed a standard low-calorie diet.

The results were significant: Levels of several different thyroid antibodies that serve as markers for Hashimoto’s dropped between 40 and almost 60 percent! This group also lost a little weight.

Meanwhile, the group that followed a low-calorie diet saw antibody levels go up between 9 to 30 percent!

What the study group ate to tame Hashimoto’s

The study designers chose a curious route for their research in having their subjects follow both a low-carbohydrate, anti-inflammatory diet as well as a diet low in goitrogens. Goitrogens are compounds that lower thyroid function and are found in raw cruciferous vegetables (broccoli, cauliflower, cabbage, etc.), soy, and other foods.

Before people understood the mechanisms of autoimmune Hashimoto’s, it used to be the rule of thumb was to avoid goitrogenic foods.

However, through the evolution of functional medicine, we have learned most people with Hashimoto’s can safely eat normal amounts of cruciferous vegetables. In fact, they contain many beneficial nutrients as well as fiber. People with unresolved small intestinal bacterial overgrowth (SIBO) or genetic difficulty metabolizing sulfur may not do well with these vegetables. So we don’t know how subjects would have fared in this study had they included these vegetables.

Soy, on the other hand, has been shown to lower thyroid hormone levels in studies and is best avoided by those with Hashimoto’s.

The study diet that improved Hashimoto’s

Here is the diet the study subjects ate that lowered their thyroid antibodies:

In functional medicine, we see the best results with a diet very similar to this one called the autoimmune paleo diet (AIP). In fact, a recent study showed the AIP diet significantly improved autoimmune gut disorders.

Ask us at Central Coast Center for Integrative Health for more advice on managing your Hashimoto’s hypothyroidism or other autoimmune disease.