Anemia is a Deal Breaker to Managing Autoimmune Disease 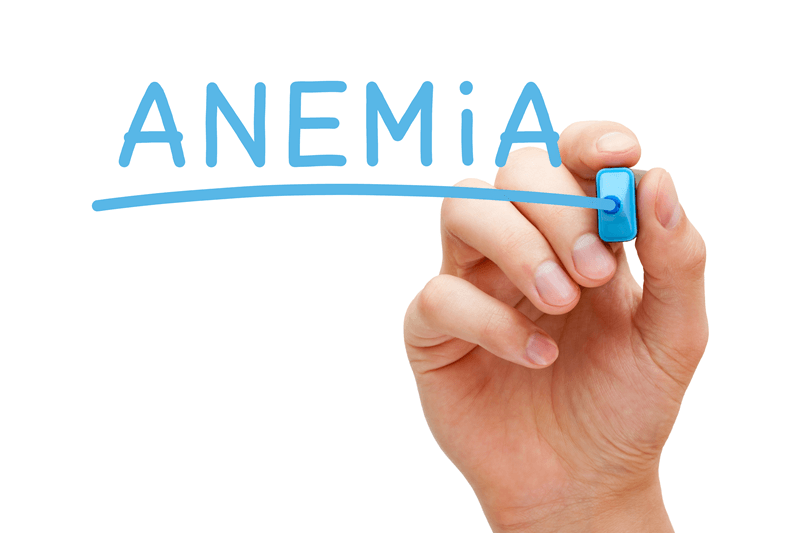 When people are working to manage an autoimmune or chronic condition, they typically focus on an anti-inflammatory diet and protocol. However, one often overlooked dealbreaker to getting better is anemia. Anemia as is a deal breaker to recovery because it means your cells are not getting enough oxygen. Without oxygen, recovery and repair can’t happen.

There are several different causes and types of anemia. Not all anemia is iron-deficiency anemia. It’s important to know this because you don’t want to supplement with iron if you don’t need it. In excess, iron is more toxic than mercury, lead, or other heavy metals.

Iron-deficiency anemia. This is the most common form of anemia and is caused by insufficient iron. What is less well known is that gluten intolerance and celiac disease can cause iron deficiency anemia. This is because these conditions damage the gut so that it can’t absorb iron. It is also caused by internal bleeding, such as from ulcers. This shows up on a blood test as low iron and low ferritin.

B-12 anemia. Like it sounds, this is caused by insufficient B-12. This could be due to a diet low in B-12. You can screen for B-12 deficiency with a urinary methylmalonic acid and serum homocysteine test.

Anemia of inflammation or chronic disease. This type of anemia results from the breakdown of red blood cells. You may have symptoms of anemia but serum levels are normal. However, serum ferritin levels are typically high, indicating iron is not being used correctly by the body. Sources of inflammation that can cause this type of anemia are disease, toxicity, infections, gut damage, over training, and more. It’s important to rule this out because taking iron with this kind of anemia can exacerbate the inflammation.

Too much iron in the bloodstream

On the other end of the spectrum from anemia, some people have a genetic disorder that leads them to absorb too much iron. It’s a relatively common condition, affecting about one million people in the United States. Symptoms include joint pain, chronic fatigue, heart flutters, and abdominal pain. If left untreated, it can increase the risk of diabetes, arthritis, liver inflammation (cirrhosis), sexual dysfunction, and other diseases.

Hemochromatosis is managed through regular blood draws and a diet that minimizes iron intake.