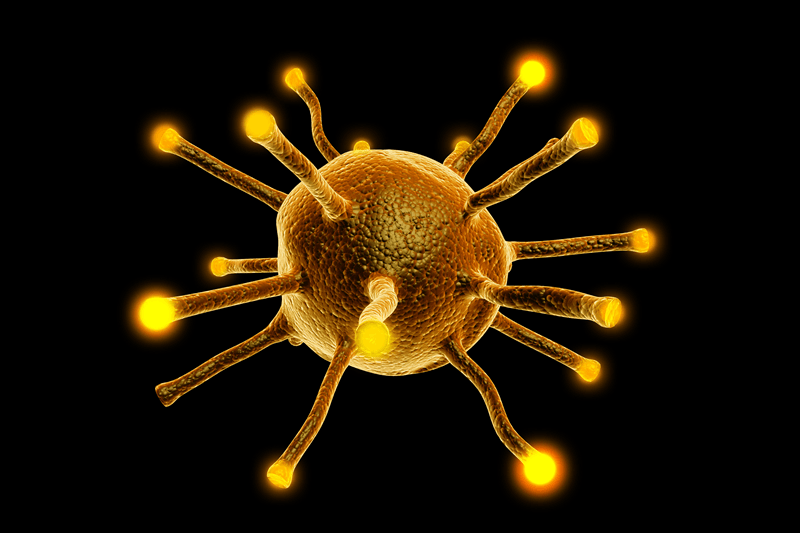 The Epstein-Barr virus infects more than 90 percent of people in the United States by the age of 20. At least one in four of those infected will develop the commonly-known disease mononucleosis, or “mono,” experiencing a rash, enlarged liver or spleen, head- and body aches, and extreme fatigue.

However, Epstein-Barr virus (EBV) is not only related to mono. Recent studies indicate it may be a catalyst for at least six more diseases, most of which are autoimmune in nature. These include multiple sclerosis, inflammatory bowel disease, rheumatoid arthritis, celiac disease, Type 1 diabetes, and juvenile idiopathic arthritis.

EBV isn’t the only virus associated with autoimmunity. Cytomegalovirus (CMV) has been linked to Sjögren’s syndrome, upper respiratory viral infections and human herpesvirus 6 (HHV-6) have been linked to multiple sclerosis (MS), and EBV has previously been linked to lupus.

It has long been thought that viruses play a part in the development of chronic inflammatory diseases, especially autoimmunity. Many healthcare practitioners report there is frequently a hidden infection that either precedes or seems to trigger an initial autoimmune attack, or subsequently appears when the immune system is weakened once autoimmunity is activated.

This creates a vicious cycle of infection and illness. Infections are opportunistic and often travel together — many autoimmune patients find they host multiple infections that are bacterial, viral, parasitic and/or fungal, driving the inflammation that leads to symptoms.

The relationship between viral infection and autoimmune disease is multifaceted, involving numerous complex processes in the body. Scientists believe that a variety of factors must usually be present for an infection to result in an autoimmune condition. This includes not only a genetic predisposition but also lifestyle and environmental factors such as:

In a nutshell, chronic disease develops as a result of an improper immune response to a viral infection due to other predisposing factors. The virus acts as the straw that broke the camel’s back.

Remission from autoimmune symptoms is possible with proper diet and lifestyle management. However, if you already have an autoimmune condition, a chronic viral infection can prevent you from alleviating your symptoms and halting progression of the autoimmunity. In fact, a chronic virus is a deal-breaker in recovery for many patients.

If you have an autoimmune condition and suffer from symptoms that don’t get better after addressing inflammatory triggers through diet and lifestyle, contact my office to ask about testing for the viruses associated with your condition.

Viral infections usually occur well before any symptoms associated with autoimmunity develop (sometimes years), so it can be difficult to make a definitive link between a particular infection and a yet-to-be autoimmune disorder. However, if you have not been diagnosed with an autoimmune condition but have had any of these viruses in the past and have unexplained symptoms now, it’s worth getting tested for autoimmunity and a chronic virus.

For more information on chronic viral infections and how to test and treat them, please contact my office.