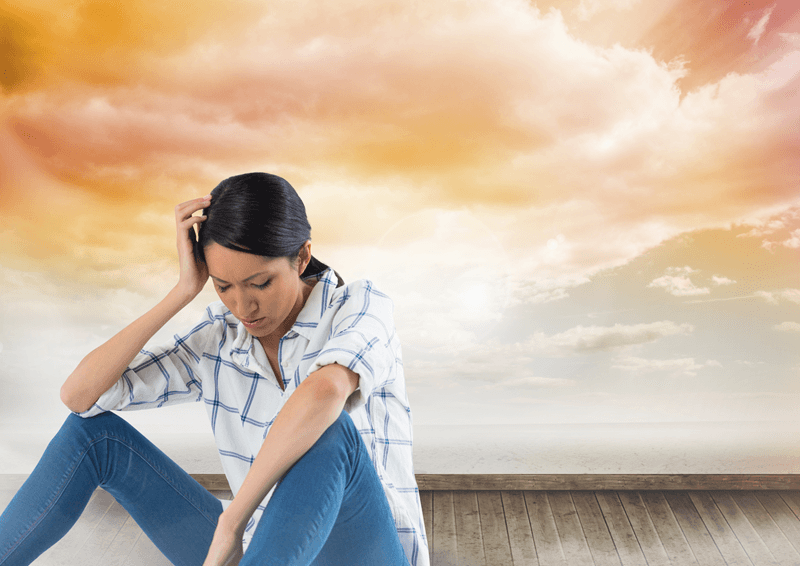 If you struggle with chronic exhaustion, insomnia, poor immunity, and persistent low blood sugar symptoms, you likely have poor function of the adrenal glands, which sit atop the kidneys and secrete stress hormones. However, your conventional doctor may have told you there is no such thing as adrenal fatigue based on guidance from The Hormone Foundation. What they may not understand is that there is a continuum of adrenal function and that the brain plays a role in adrenal fatigue.

The debate about adrenal fatigue versus primary adrenal insufficiency

The term “adrenal fatigue” has become a household word in the chronic illness world, and for good reason. The adrenal glands are our frontline against stressors large and small. In our constantly chaotic and nutritionally-depleted lives, these hard-working little glands can become worn down, sometimes to the point of barely working, right along with the areas of the brain that govern them.

What’s confusing is a recent statement by The Hormone Foundation which claimed adrenal fatigue does not exist and is not supported by any scientific facts, and that primary adrenal insufficiency is the only real version of adrenal dysfunction.

However, according to integrative physician Richard Shames, MD, both adrenal fatigue and primary adrenal insufficiency exist along the same continuum, but are separated by severity of symptoms and treatment methods. In a nutshell, adrenal fatigue can also be referred to as mild adrenal sufficiency.

Symptoms of primary adrenal insufficiency include:

Adrenal fatigue describes when lab tests don’t support a diagnosis of primary adrenal insufficiency but a person still experiences adrenal-related symptoms such as:

This debate between adrenal fatigue and primary adrenal insufficiency is reminiscent of the former debates about “mild” hypothyroidism. Twenty years ago, many endocrinologists denied mild hypothyroidism as a true diagnosis because they believed that as long as a patient was within conventional TSH reference ranges they could not possibly be sick.

However, doctors trained in functional medicine recognize that a functional reference range — a narrower TSH range that reflects optimum thyroid health — means that a serious thyroid problem can exist within the conventional TSH range.

As testing and recognition of adrenal fatigue, which affects many people, continues to gain medical acceptance, we will start to refer to it as mild adrenal insufficiency.

The role of the brain in adrenal fatigue

It’s important to understand the brain plays an important role in adrenal fatigue. This explains why nutrients to support your adrenal glands may not go the full mile when the real problem is happening between your ears.

Adrenal fatigue has at its roots poor function of the hypothalamus-pituitary-adrenal (HPA) axis. The HPA axis refers to the feedback loop between your body and areas of your brain that govern adrenal function. Unrelenting stress beats up this entire system, not just the adrenal glands, and it is more complicated and involved that simply low cortisol. The problem is compounded by the brain’s predilection for efficiency, in this case becoming so efficient at stress until the tiniest thing triggers a big stress response. Or, you are so advanced you are too tired to respond to anything.

How the adrenals become fatigued

When our bodies experience stress, no matter how small or large, our adrenals pump out hormones such as adrenaline and cortisol to help us fight or take flight. Our bodies are designed to return to baseline after a stressor so the nervous system can return to a “rest and digest” state necessary for daily function.

However, in our chronically stressed modern lifestyles, our bodies are constantly reacting to stressors, many we are not even aware of, such as dietary triggers, toxins, and even electromagnetic frequencies.

This constant state of high stress hormones damages tissues in the body and brain and is linked to:

Removing all stressors in life is impossible, but there is much we can do to support adrenal function and buffer the damage of stress.

Adrenal adaptogens and phosphatidylerine are two natural routes that especially support the HPA axis and the brain’s ability to handle stress.

Contact us at Central Coast Center for Integrative Health for more support in taking care of your adrenals, HPA axis, and your ability to become more resilient to stress.