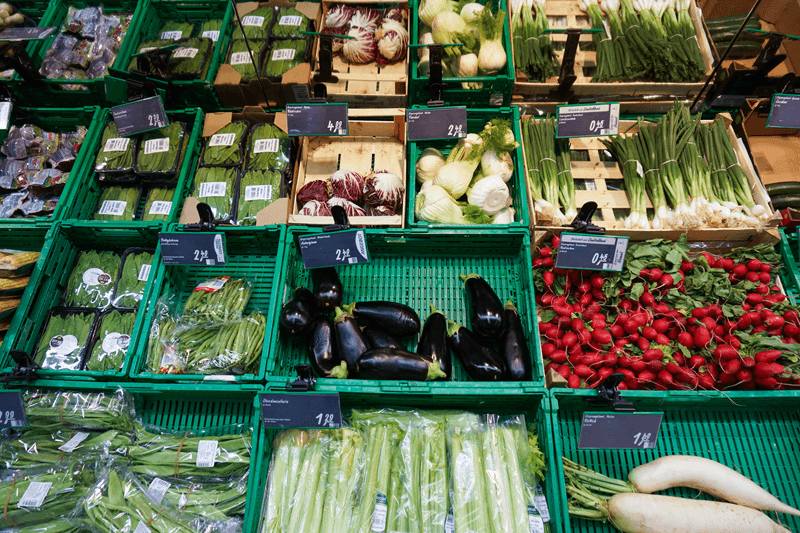 Many people eat organic food because they believe it is better for their health, yet until recently scientific evidence of its benefits has been in short supply. Now a new study adds weight to previous research suggesting an organic diet may reduce the risk of certain types of cancer.

The French study, published in the Journal of the American Medical Association (JAMA), surveyed nearly 70,000 subjects, mostly women, to determine whether an organic foods diet was related to a reduced risk of cancer during a five-year study.

Results showed that subjects who consumed organic foods most frequently had a surprising 25 percent fewer cancers than those who never ate organic. Organic foods were most strongly linked with much lower incidences of postmenopausal breast cancers and non-Hodgkin’s lymphoma.

“We did expect to find a reduction, but the extent of the reduction is quite important,” said Julia Baudry, the study’s lead author.

The study was consistent with findings from a previous British study that followed more than 600,000 female subjects for nine years and found consumption of organic foods linked to a 21 percent reduced risk of non-Hodgkin’s lymphoma.

While subjects in the UK study only responded to one question about how often they ate organic food, participants in the French study gave more detailed information about three 24-hour records of their intake, including:

People who eat organic tend to have higher incomes and more years of education than those who don’t. The study adjusted for these factors as well as physical activity, use of alcohol and tobacco, weight, and family history of cancer.

Those who most frequently consumed organic foods had astounding results:

The reduction in lymphomas might be expected as former studies revealed a higher rate of some lymphomas among farm workers exposed to certain pesticides.

This brings up two questions:

Are pesticides to blame?

Previous research has shown that those who eat more organic foods have lower levels of pesticide residues in their urine, and a recent study showed that consumption of pesticide-laden foods directly increases levels of urinary pesticides.

The UK and French studies did not measure urinary pesticide levels, which has earned criticism from Harvard nutrition experts who have called for long-term studies to confirm results and learn more about why organic foods reduce cancer risk.

As we learn more about the effect of environmental toxins on our health, increasing numbers of people are reading food labels. We all want foods that are safe, healthy, and made using practices that align with our values.

Yet food marketing can be misleading and it’s important to understand food labeling terms, in particular “natural” versus “organic.”

Organic. Products can be labeled “organic” only if they are independently certified as meeting USDA National Organic Program standards.

Natural. With the exception of meat and poultry, the term “natural” is unregulated. Foods labeled “natural,” “all natural,” and “100% natural”  might contain artificial ingredients, pesticides, herbicides, growth hormones, antibiotics, and GMOs.

Five USDA requirements for foods to be labeled organic:

1. Produced without genetic engineering. GMOs (genetically modified organisms) include the transfer of genetic information from one species to another to achieve a desired trait. While supporters of GMOs claim there are no dangers, many scientists warn that not enough research has been done to determine long-term risks to the environment and to those eating these foods. Use of GMOs has led to increased use of the toxic herbicide glyphosate, now classified as a probable human carcinogen.

2. Produced without sewage sludge. Conventional farming practices include application of sewage sludge to fields. This can introduce contaminants such as heavy metals to soil and foods.

3. Produced without ionizing radiation. Commonly used to preserve and increase the shelf life of conventionally-produced spices, meats, and fresh produce, this process is hotly contested.

4. Produced with allowed substances. In order to prevent harm to the environment or interfere with the nutritional value of food, the USDA has a long list of barred substances such as synthetic herbicides, pesticides, and ash from burning of manure.

5. Include only allowed ingredients. Certain packaged foods that are labeled as organic are allowed to contain certain non-organic ingredients. Artificial colors, flavors, and preservatives are not allowed.

How do I know if food is organic?

According to Organic.org, the USDA has identified for three categories of labeling organic products:

The USDA Organic seal means facilities and farms that are organic-certified must have an organic system plan and records that verify compliance with that plan and are inspected annually and randomly.

Conventionally-grown produce has higher residues of herbicides and pesticides. A recent report by the Environmental Working Group even found notable levels of glyphosate in all the samples of mainstream breakfast cereals tested.

While more studies are needed to determine why organic foods are associated with lower risk of cancer, when you look at the USDA requirements above, you begin to see why foods that are not grown organically may pose health risks — not only to humans, but to animals in the environment.

And as we see more results come in, foods we formerly thought of as “healthy” and “wholesome” may now shift to the “dangerous” list.

Get to know your food labels, and as much as you can and choose organic foods for the health of you and your family. You can learn more about organic foods by going to the website of the Organic Consumers Association.