Feeling Alone with Hashimoto’s? Celebrities have it too 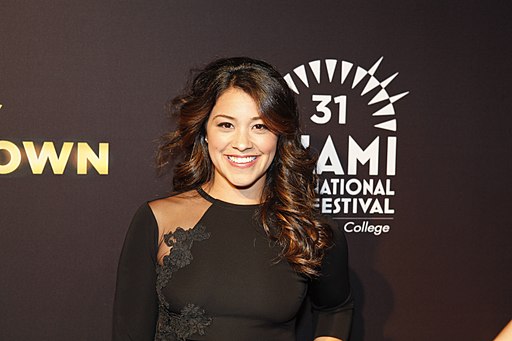 One of the worst things about an autoimmune disease such as Hashimoto’s hypothyroidism is how alone it can make you feel. Most autoimmune diseases do not have outwardly obvious symptoms. People with Hashimoto’s, most of whom are women, also know not to complain lest they be labeled a whiner or lazy. That’s why it’s so refreshing to see an acclaimed and accomplished actor openly discuss the challenges of autoimmune Hashimoto’s.

Gina Rodriguez, star of the television series Jane the Virgin and the movie Annihilation, revealed in a recent interview her struggles with Hashimoto’s hypothyroidism.

Hashimoto’s hypothyroidism is an autoimmune disease in which the immune system attacks and destroys the thyroid gland. Although thyroid medication may be necessary, it does not address the immune dysfunction or what triggered it.

Although the cheery pictures don’t reveal it, Rodriguez struggles with a disease that jeopardizes her career in an image-driven, exhausting career. Despite the challenges and bouts of despair, Rodriguez says Hashimoto’s forced her to acknowledge the need to take better care of herself.

Rodriguez is using her celebrity to help educate and empower women with Hashimoto’s to take charge of their health and their lives.

She went from viewing Hashimoto’s hypothyroidism as the “curse of a lifetime” to calling it her “super power” in a video interview with a Hashimoto’s patient.

Although she doesn’t go into the specifics of her diet plan, Rodriguez says she worked with a nutritionist to reclaim her health and experienced a boon to her energy levels. She does mention gluten and dairy as two foods that worsen her symptoms.

Rodriguez isn’t the only actor using her celebrity to advocate for patients with Hashimoto’s hypothyroidism. Former Baywatch actor Gena Nolin had to nearly starve herself and exercise long hours to keep from ballooning while filming Baywatch.

Nolin learned about her condition after many years of suffering through gradually worsening symptoms. In order to draw attention to the disease, which frequently goes undiagnosed or treated with antidepressants, Nolin created the Facebook group Thyroid Sexy, which has almost 150,000 followers.

She also co-authored the book Beautiful Inside and Out: Conquering Thyroid Disease with a Healthy, Happy, “Thyroid Sexy” Life with Hashimoto’s hypothyroid advocate Mary Shomon.

Model and social media superstar Gigi Hadid was candid about her struggles with Hashimoto’s hypothyroidism and its effects on her weight.

Hashimoto’s is the cause of more than 90 percent of hypothyroidism cases in the United States, though it continues to be woefully under diagnosed. It’s important when you have Hashimoto’s hypothyroidism to address and manage the immune dysfunction with functional medicine principles and search for the root cause of the dysregulation. An anti-inflammatory diet and lifestyle underpin management of the disease.