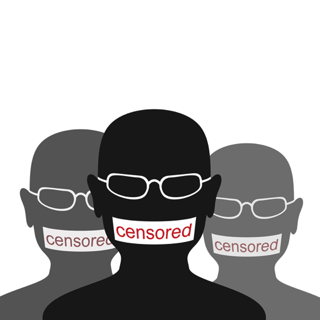 Anyone who has learned how to manage Hashimoto’s hypothyroidism or another autoimmune condition will tell you they had to learn it on their own. The vast majority of doctors either do not test for or do not adequately treat Hashimoto’s, an autoimmune disease that attacks and damages the thyroid gland, causing weight gain, hair loss, fatigue, depression, and other symptoms. Now, the ability to find health advice backed by peer-reviewed, scientific literature is seriously compromised due to censorship, or blacklisting, by Google. Google is increasingly censoring legitimate information and instead sends people to conventional medical, pharmaceutical-oriented sources of information such as WebMd.

Most doctors do not adequately test for or treat autoimmune disease such as Hashimoto’s hypothyroidism because there is no drug for autoimmunity. True, people are prescribed thyroid hormone replacement medication, which is frequently necessary. However, it does not address the ongoing and progressively worsening immune attack on the thyroid gland. That is why many people do not feel better when they begin taking thyroid hormone.

The lack of adequate autoimmune care in conventional medicine means millions of people go misdiagnosed or undiagnosed. In most cases, autoimmune destruction has to be advanced and severe before an autoimmune disease can be diagnosed and treated with steroids, surgery, or other methods that are invasive and riddled with side effects and problems. For instance, nerve damage has to be significantly advanced before conditions such as multiple sclerosis or type 1 diabetes are caught, while patients suffer for years.

Add to this studies that show the inherent sexism in conventional medicine. Women account for more than three-quarters of autoimmune patients. Yet when women go their doctors with complaints of autoimmune symptoms, most are not adequately tested. Instead, they are told they have depression or anxiety, that they need to lose weight and exercise, that they are making it up, or that it’s just aging.

Until now, millions of people have been able to successfully learn how to manage their Hashimoto’s hypothyroidism and other autoimmune conditions through online sources based on peer-reviewed science. They have also been able to find healthcare practitioners who are knowledgeable in how to apply this science to help manage chronic conditions.

Please note that just because something is in the published scientific literature, that does not mean your local medical doctor is either aware of it or supports it. There is a huge gulf between the scientific literature and the doctor’s office, with pharmaceutical companies wielding significant influence over doctors’ practices and education.

Now, Google is limiting our access to legitimate information and redirecting searches toward conventional sources, which are extremely limited when it comes to chronic illness.

True, opportunists and snake oil salesmen abound on the internet and consumers must do their due diligence in rooting out valid sources of information and good communities to help them on their health journey.

Vitriolic corporate-driven public controversies lend a hand in the Google censorship. Rather than looking at the peer-reviewed literature on the links between environmental toxins and brain inflammation in the developing child’s brain for instance, complex neuroimmune topics have been reduced to crude black-and-white arguments that have no basis in relevant neurophysiological mechanisms.

While Google is penalizing many science-backed integrative health sites so they no longer show up on the first page, other search engines such as Bing, Yahoo, DuckDuckGo, and Ecosia (a search engine that plants trees based on searches) still rank sites legitimately.

About one billion health questions a day come through Google. Now, they are routing those searches away from such well-known sites as Mercola, PaleoHacks, Bulletproof, GreenMedInfo, Self-Hacked, Kelly Brogan, and many more.

Instead, seekers are routed to sites such as WebMD, Healthline, Mayo Clinic, and other institutional sites. While these sites offer worthwhile information, they are not yet caught up to the science surrounding the many chronic illnesses that have become so common today. They even provide false information in some instances, especially in regards to nutritional compounds.

Google is unfairly throwing its weight around in other industries as well, and the EU levied its third antitrust fine against Google earlier this year.

Don’t let Google bully you into Big Pharma’s pipelines. If you are looking for sources of legitimate health information that have been blacklisted by Google, try alternative sites such as Bing, Yahoo, DuckDuckGo, and Ecosia.

In the meantime, we attend educational conferences to stay up to date on the latest research and clinical protocols to help manage autoimmune and chronic conditions such as Hashimoto’s hypothyroidism. As the field is ever evolving, it’s important to stay abreast of developments. Contact my office if you need help managing your chronic health condition.