NSAIDs-The Dangers and the Alternatives for Pain 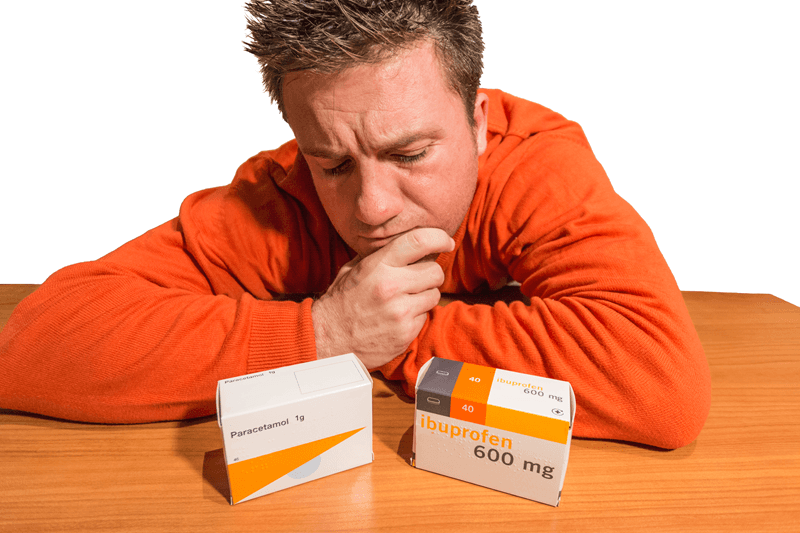 According to the National Institutes of Health, nearly 50 million American adults have chronic pain or severe pain. The conventional medical model teaches us to reach first for medication to relieve pain, with ibuprofen and other NSAIDs (nonsteroidal anti-inflammatory drugs) at the top of the list. However, with research mounting to show NSAIDs have a notable list of dangers, it makes sense instead to look for the root causes of pain.

Many people turn to NSAIDs for relief from pain and inflammation. Common NSAIDs are ibuprofen (Motrin, Advil) and naproxen (Aleve). Celecoxib (Celebrex), diclofenac (Cataflam, Voltaren) are prescription NSAIDs. Aspirin is an NSAID, but it does not pose the same risks for stroke and heart attack.

Ibuprofen is metabolized by the liver, and can cause lesions, liver failure, or jaundice over time. The FDA has even warned against NSAIDs because they increase the risk of heart attack and stroke.

Another reason to avoid NSAIDs is their tendency to promote leaky gut.

In leaky gut, the lining of the small intestine becomes damaged and overly porous, allowing undigested food, bacteria, yeast, and other pathogens into the bloodstream. This triggers inflammation and pain throughout the body — the same thing people use NSAIDs to relieve.

So, if the typical go-to medications for pain aren’t an option any more, where do we turn? Functional medicine offers solutions.

Address inflammation to root out pain

When pain is treated with NSAIDs, it typically comes back when the medication runs out. However, in functional medicine the goal is to identify and address the cause of the inflammation and pain instead of simply putting a temporary Band-Aid on it.

It’s understandable to want relief so you can feel and function better. The good news is many people find their chronic pain diminishes substantially or disappears completely when they adopt functional medicine strategies.

Following are a few ways functional medicine can relieve pain and inflammation:

Anti-inflammatory diet. Remove foods that trigger inflammation, such as gluten, dairy, grains, legumes, eggs, sugar, and nightshades. This is typically done as an elimination and reintroduction protocol where you follow the diet strictly for a period of time and then customize it depending on your food sensitivities.

Avoid nightshades. Vegetables in the nightshade family can cause pain and inflammation in the joints. These include eggplant, potatoes (but not sweet potatoes or yams), peppers, tomatoes, tomatillos, hot pepper products and pepper-based spices. Simply removing nightshades from the diet has brought relief from joint pain for many, especially those with rheumatoid arthritis.

Turmeric and resveratrol. Each is a powerful anti-inflammatory alone, but research shows that taking them together is much more effective, making them potent tools for quenching the inflammation and damage associated chronic inflammatory disorders.

Improve your posture. Chronic pain can develop due to spinal misalignment. Rarely do patients with chronic pain have even pressure on both feet or eyes that move in synchrony. Many patients experience significant or total relief of chronic pain by addressing these imbalances.

Nutrients that fight inflammation and pain. These include vitamin D, vitamins A, E, and K, and plenty of omega 3 fatty acids.

Moderate to high intensity exercise can help reduce inflammation. It also improves insulin sensitivity, a bonus for diabetes prevention. Just make sure to choose exercises that do not exacerbate joint pain; there are lots of options.

Balance your blood sugar. Many people have blood sugar dysregulation issues that contribute to systemic inflammation and pain. In addition, imbalanced blood sugar is one of the risk factors for Alzheimer’s and Parkinson’s.

Support glutathione. The most important antioxidant in your body, glutathione aids in detoxification, helps maximize immune system function, and shields cells from damage caused by oxidation and inflammation.

Glutathione supplements are not effective taken orally. Instead, boost glutathione levels through a liposomal cream, suppository, nebulizer, or IV drip.

One must also support glutathione recycling to balance the immune system, protect body tissue from damage caused by inflammation, and help repair damage.

The following nutritional and botanical compounds have been shown to support glutathione recycling:

These are just a few ways to use functional medicine to address the root causes of inflammation and pain so that you can stop taking NSAIDs. Ask my office for more advice.