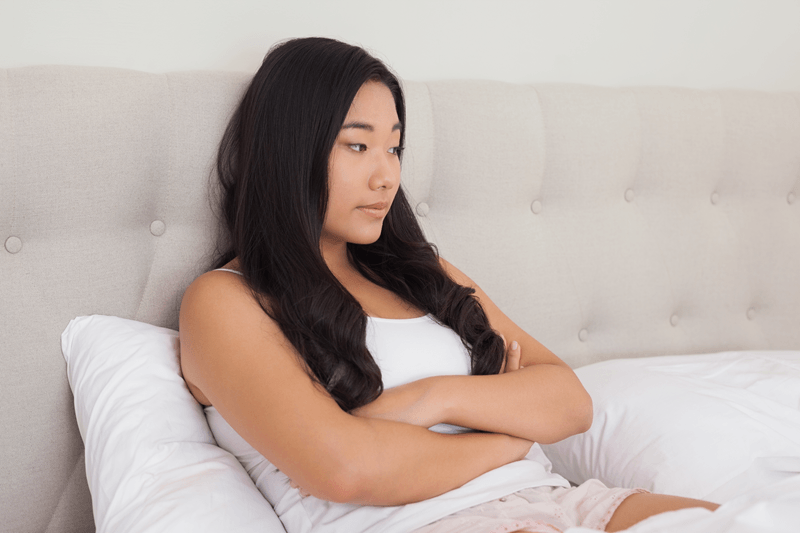 One of the hardest things about dealing with a chronic health or autoimmune disorder is how isolating it can be. Because it’s an “invisible” illness, you look healthy and normal to people when, in fact, you may have periods where you suffer profoundly from the symptoms of your illness along with fatigue, brain fog, and depression. Many people with chronic health disorders are disbelieved by doctors and family members or told they are being lazy or whiny. You are not alone, and you can even find validation and comradery in a few streaming shows on the topic.

Below are a list of streaming shows that take you inside the world of chronic and autoimmune health disorders. Even if you don’t have the same disorders as the subjects in these documentaries, chances are you can relate to their journeys.

This 2018 Netflix docuseries follows the lives of several people with mysterious chronic health disorders as they bounce from one treatment to the next in their search for healing. Afflicted drew considerable criticism from the subjects of the film for being edited in a way that makes their disorders look psychosomatic — the biggest stigma people with chronic and autoimmune disorders struggle against. So, keep that in mind if you watch this series, but otherwise the subjects are very open and vulnerable about their struggles.

This 2008 Amazon Prime documentary chronicles the disabling effects of long-term Lyme disease and the endless search for effective remedies. Under Our Skin reveals the emotional and psychological journey of despair with debilitating symptoms, the ongoing search for remedies, and medical denial and neglect that is still systemic today.

Brain on Fire is a 2016 drama based on a true story about a young woman who suddenly begins to experience a range of neurological and psychiatric symptoms that progressively worsen. Doctors run multiple tests and insist nothing is wrong with her until one doctor diagnoses her with neurological autoimmunity.

My Kid is Not Crazy

My Kid is Not Crazy follows the struggles of parents whose children suffer from neurological and psychiatric disorders triggered by a strep infection, a condition known as PANDAS (Pediatric Autoimmune Neuropsychiatric Disorders Associated with Streptococcal Infections.) Parents must navigate not only the frightening and tragic symptoms their children face but also medical skepticism, controversy, and ridicule. It is now established in the research that infections can trigger neurological autoimmunity in both children and adults.

Living Proof is a 2017 documentary that chronicles one man’s diagnosis with multiple sclerosis and his battle not only with this autoimmune disease but also conventional medicine, pharmaceutical companies, and the drug-funded Multiple Sclerosis Society. Filmmaker Matt Embry and his family turn to the science for answers when doctors fail him, and as a result he emerges as an advocate for a diet and lifestyle approach he uses to successfully manage his condition.

Although Gaga: Five Foot Two is primarily a look into Lady Gaga’s life, she talks about her struggles with chronic pain, body-wide muscle spasms, fibromyalgia, and a search for relief. Viewers are also allowed into Gaga’s life as she suffers through a pain flare in this 2017 film. Gaga said she chose to portray her struggles with chronic pain and fibromyalgia because she is tired of people thinking it’s not a real condition.

Unrest, 2017, was created by a Harvard PhD student who was two months away from marriage when she became bedridden with ME/CFS, also known as chronic fatigue syndrome. No longer able to work, write, or read, the filmmaker begins chronicling her disease through her iPhone and then including footage of other people from around the world. She and the others in her film suffer not only from the disease but also from ridicule and dismissal from both conventional medicine and society at large. Unrest is available on Amazon.

One common thread that runs through these documentaries is the disbelief, disregard, and ridicule that patients with chronic health and autoimmune disorders run into in the insurance-based health system. Patients are accused of making up their symptoms, of needing psychiatric help instead of medical attention, and repeatedly told nothing is wrong with them.

In functional medicine, we take your symptoms seriously and do not accuse you of attention-seeking. We run tests that look for underlying causes of your symptoms and help you revamp your diet and lifestyle to support recovery and remission.

Ask us at Central Coast Center for Integrative Health for more information about managing a chronic health or autoimmune disorder.