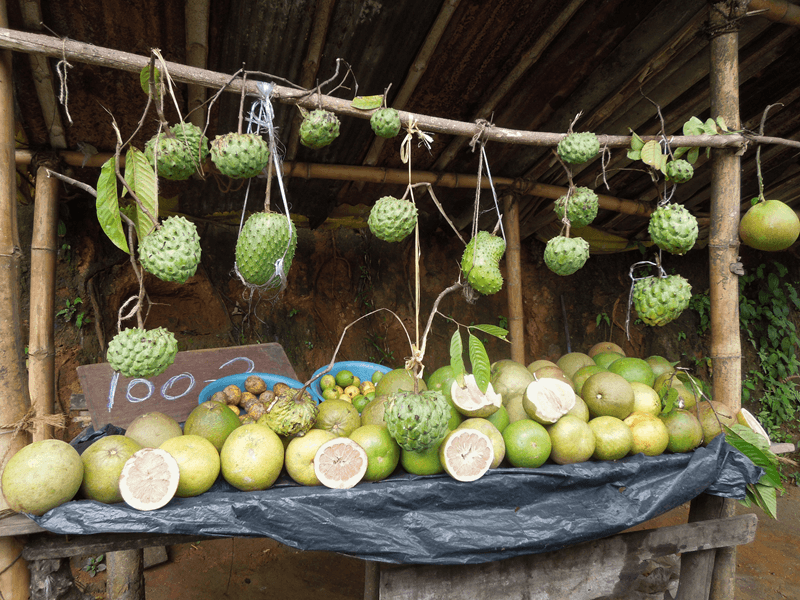 Want to improve your mood, health, and brain function? An ample and diverse supply of healthy gut bacteria has been shown to be essential, and that is best obtained through eating lots of different kinds of produce. Try going out of your comfort zone in the produce aisle and incorporating some new varieties of vegetables and fruits.

The digestive system is host to nearly four pounds of bacteria — some considered “good,” some considered “bad” — and while both have roles to play, it’s critical to actively support the good bacteria to avoid leaky gut, SIBO (small intestine bacterial overgrowth), and systemic inflammation, all of which contribute to autoimmunity and other chronic illnesses.

The recommended produce consumption is seven to 10 servings a day. That may sound like a lot, but one serving is only a half cup of chopped produce, or a cup of leafy greens. Aim for produce low on the glycemic scale — sugary fruits may create problems for those with unstable blood sugar.

Expand your options with new and unusual produce

If you are looking to expand your consumption of produce and need some inspiration, seek out some of these fresh fruits and vegetables at international or health food stores that bring in varieties of produce lesser known in the west:

Ayote is a tropical squash used similarly to summer squash or pumpkin. It can be eaten whole when tender, or when mature, made into a stew, creamy soup, or sweet dessert or pie.

Bitter melon (balsam pear, bitter gourd, bitter cucumber) is a tropical green melon native to Asia, Africa and parts of the Caribbean. Unripe it is bitter, but allowed to ripen, the interior turns a reddish hue and has a sweeter flavor. Cooked like zucchini, bitter melon has cancer-fighting properties, is reported to help cure diabetes, and can help cleanse the body of toxins.

Camote: A starchy white sweet potato that can be prepared and eaten in the same way as the sweet potato. In Costa Rica camotes are used in soups or mashed into puree and served with a bit of milk, butter, and sugar. Camote can also sub for sweet potato in casseroles.

Cherimoya (cherimolia, chirimolla, anone): Native to southern Ecuador and northern Peru cherimoya is the size of a large apple or grapefruit, with a green dimpled skin and a creamy white, sweet-tart flesh. The flavor is a blend of pineapple and banana. Eat cherimoya like an apple, cubed, scooped out with a spoon, or cut in half and peeled. It can also be pureed and used as mousse or pie filling.

Choy Sum (bok choy sum, yu choy sum, flowering Chinese cabbage) looks much like baby bok choy, but its yellow flowers set it apart. The leaves are more bitter than the stems, and the entire plant is edible. Steam or saute, or try blanching and then cooking in oyster sauce.

Daikon Radish (Asian or Oriental radish, mooli, lo bok) is a large white radish with a lighter flavor than small red radishes. Used in kimchi, as a palate cleanser, and as an accompaniment to sashimi, it’s also great in light salads where its flavor isn’t overwhelmed by other ingredients.

Galangal (galanga root, Thai ginger, blue ginger) resembles ginger in appearance, but has a distinct waxy skin ringed with reddish-brown skin. The flesh is white but turns brown when exposed to air. Used in the same way as ginger root, galangal is more spicy and pungent.

Guava: A common tropical fruit, guava can have white, pink, or red flesh. It is eaten fresh, juiced, made into jam or preserves, and used in desserts.

Plantain: A staple crop throughout West and Central Africa, India, the Caribbean and Latin America, plantains are used both green and starchy like a vegetable, as well as yellow and sweeter like fruit. Plantains must be cooked. A green plantain can substitute for potato, and ripe yellow plantains are commonly baked, boiled, or fried in coconut oil and served with salt.

Rambutan: Very similar to lychee and longan fruit, rambutan are common in Costa Rican markets. Great for snacks, with a sweet and sour taste somewhat like grapes.

Taro Root (cocoyam, arrow root, kalo, dasheen): A tuber native to Malaysia, its somewhat plain flavor makes it a good host for stronger flavors. In Hawaii, taro is used to make poi; in Indian cooking, slices of taro root are seasoned and fried; it’s also used in China as taro cakes and moon cakes. In the U.S. it’s common to find snack chips made from taro.

Yuca (cassava, manioc): Different from yucca, yuca is a starchy tropical tuber that is made into flour for bread and cakes, and can be cooked just like a potato to make chips or mash.